Happy new year! It’s the time for putting 2021 behind us (I think we all couldn’t wait) and looking ahead to a new year, full of promise and the potential for amazing things.

Speaking of amazing things, this post is part of the Blog Hop hosted by the YA Sci-Fi & Fantasy Addicts group. Each post has a fun freebie, and a chance to win the mega New Year’s Giveaway! (yay!)

Appropriately enough for a time of new beginnings and resolutions, my post for the Blog Hop is all about the determined characters in YA books who make their dreams come true.

Check out all the other amazing blogs and articles that are part of the hop:

New Year’s in the Slytherin Common Room: Celebrating the Most Ruthless & Ambitious Characters in YA

2022 LGBT Books We Are Excited For

New Beginnings No Matter the Season

Non-Resolutions (Unless You Were Born in January)

My criteria for putting YA characters on this list is pretty simple: 1) the main character must have a goal, and 2) by the end of the book, they must have met their goal. This could range from something as simple as wanting to learn how to read, to saving the world.

I wanted each character to be someone who makes their dreams come true, instead of being a passive participant in the book’s plot. This means, no one reacting to stuff that happens, but rather, making stuff happen so they can meet their goals.

Surprisingly, there weren’t many characters that made the list.

Bella Swan was out because in Twilight, she doesn’t really have a goal, beyond figuring out the cute guy who sits next to her. In the further books, she (spoiler: does become a vampire) so she does meet her eventual goal, but as Book 1 opens, Bella doesn’t have any future in mind, even for a possible career or further education.

Similarly, Harry Potter is off the list. Throughout the Harry Potter books, he and his friends are reacting to the events that happened on the night Voldemort was defeated. Harry, Hermione, and Ron don’t really decide on their goals until we’re pretty deep into the series (survive, free the House Elves, and find some self-esteem, respectively) and whether they meet them or not is debatable. Highlight to read spoilers: (Harry does die, Hermione never frees all the House Elves in the Wizarding World during the series.)

So. The list turned out to be quite short!

Here are the ones that made the cut – do you agree? Disagree? Should someone else be on the list? Comment and let me know!

When The Book Thief starts, Liesel is given up by her mother, and her younger brother is dead. All she wants is to get her parents. As Liesel grows up and realizes that the Nazi party is responsible for her parents’ disappearance, she decides that she wants to oppose them. Her second goal is to learn how to read.

And by the time the novel closes, Liesel has done both. In fact, she even starts writing her own book.

As for her first goal, Liesel starts opposing the Nazis by stealing books that they were going to burn. This eventually progresses to bigger rebellions, which I won’t spoil here, but Liesel never gives up on her goal of subverting the Nazis, and she does it at every opportunity.

Final verdict: A strong teen protagnoist who meets both her goals – one of which was truly life or death

Katniss starts and ends The Hunger Games with just one goal: keeping her loved ones safe. In her world, young adults are ‘Reaped’ every year – two people are randomly chosen to participate in televised death matches. When her younger sister, Primrose is chosen, Katniss volunteers in her place.

So, Katniss does what she sets out to do pretty early on in the book – she saves her sister. By the end of the first book in the series, all of Katniss’s loved ones are still safe (for now) so in that sense, she’s a very effective heroine. She works hard for this, though, even before the plot proper kicks off, Katniss is the one putting food on her family’s table, and the one keeping them safe.

Katniss even finds food to feed their cat, which I found was a little too much for Prim to ask of her. I mean, really. You don’t have enough food to eat, but sure, why don’t you adopt a cat, Prim?

Even during the Games, Katniss knows that if she doesn’t make it back, Prim would be left all alone with their mom, who’s essentially left all parenting duties to Katniss. So she trains hard and manipulates the audience, and charms Peeta and everyone else alike into sponsoring her, and helping her survive.

Katniss does falter a bit at the end of the Games, but I guess we can forgive her, since it was a stressful situation, and she was pretty confident that her Keep My Family and Cat Fed plan had a backup – her best friend, Gale Hawthorn.

Final verdict: A wily protagonist who excels at her goals and knows how to depend on others

Now, this is a little obscure – Keito is the protagonist of the manga, Cat Street. She’s a child actress who froze on stage during her big break as the lead in an ‘Annie’-like musical. Following this, she drops out of school and isolates herself from everyone, even her family.

When we first meet Keito, she desperately wants to move on from the past. She gets a chance when the Principal of an unconventional school offers her a chance to complete her education. She takes the opportunity, and steps out of her self isolation, and finds her path in life.

Keito is apathetic and withdrawn at first, but through the course of the manga, she makes new friends, deals with all her demons, and eventually makes her return to the stage, bringing things full circle.

Final verdict: A resilient protagonist who defeats her inner demons.

Lyra’s goal in the Northern Lights is to save her best friend Roger, who’s been kidnapped by the Gobblers, a band of criminals known to steal children. The plot grows increasingly complex from the moment she makes her decision, but she never wavers in her devotion to Roger (although she is thrilled by the adventure of it all) and she does eventually manage to save her friend. (Spoiler: Unfortunately, this doesn’t last long, due to the aforementioned extremely complicated plot.)

But, Lyra does save Roger with only the use of her guile, making alliances and forming friendships that end up helping her. And she does all this at the impressively young age of twelve.

Final verdict: A resourceful, tough heroine who doesn’t give up on her friend.

Speaking of untapped potential and coming-of-age stories, grab a free copy of my short story set in my Legend Valley-verse here:

At Legend Valley Academy, a paranormal boarding school, the classes are magical, the students are supernatural, and all myths are real.

Ever since they were First Years, it’s been the three of them against the world – the elemental spirits, cousins Vikram and Laya, and Malcolm Grant, werewolf.

When Vikram is framed for a crime he didn’t commit, it’s up to Laya and Mal to clear his name and unmask a mole.

Who could be trying to break past the Academy wards? And does it have anything to do with the valuable magical relics in the school vaults?

Laya and Mal won’t rest until they get to the bottom of it all.

The YA Sci-Fi & Fantasy Addicts group is giving away an Amazon gift card! 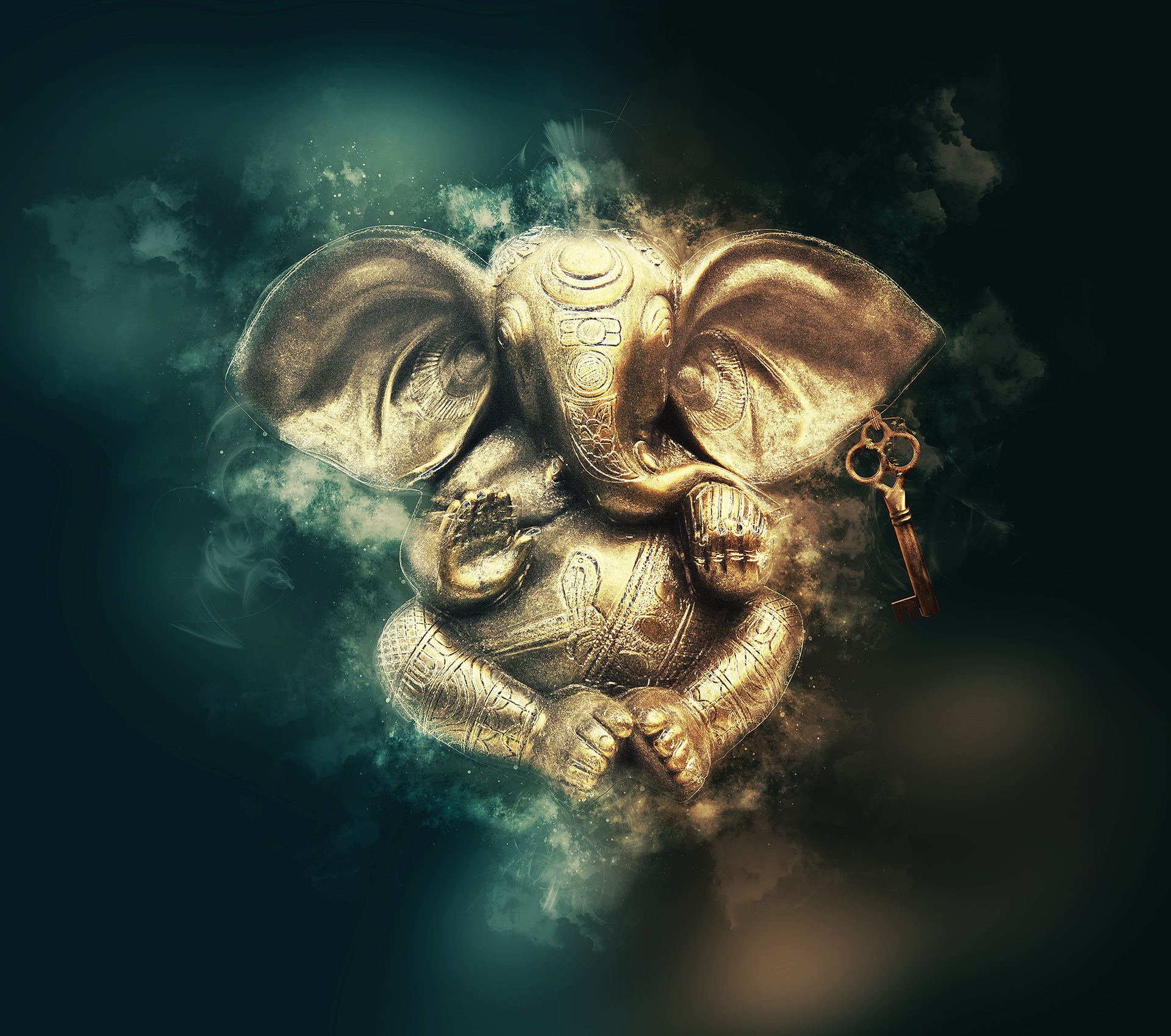 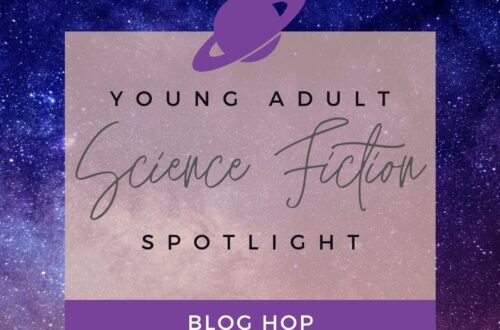